The first clue should have been her crying, emaciated child.

But devout vegan Sheila O’Leary, 39, was having no deviation from the diet of raw fruit and vegetables she fed her children.

On Monday, the Florida woman was sentenced to life in prison for the murder of her 18-month-old son, Ezra. She had been convicted in June on six charges, including first-degree murder, aggravated child abuse, aggravated manslaughter, child abuse and two counts of child neglect.

Her husband, Ryan Patrick O’Leary, is caged as the clock ticks towards his own trial. 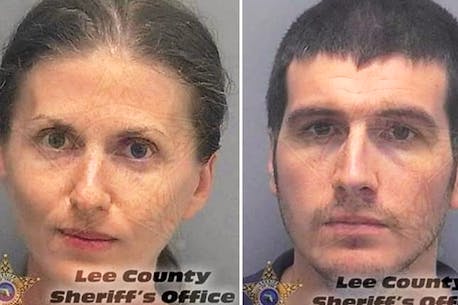 Media reports said that Sheila O’Leary sat stone-faced as her life went down the toilet bowl in the Lee County courtroom. She told the judge she would not be making a statement.

Ezra O’Leary died of complications caused by malnutrition in September 2019.

But by the time he died, the tragic child weighed just 17 lbs., the size of a child less than half his age. Two of their other children, aged 3 and 5, were also malnourished, detectives said.

The children’s skin was yellow, with one suffering such poor dental hygiene that their teeth were black.

Doctors discovered that the boy had not been fed for a week. And when Ezra was struggling to breathe on the night he died, they rolled over and went to sleep.

Ezra’s surviving siblings endured “extreme neglect”, prosecutors said. A fourth child from Sheila’s earlier marriage was in better shape because of visits with her biological dad and he fed her well.