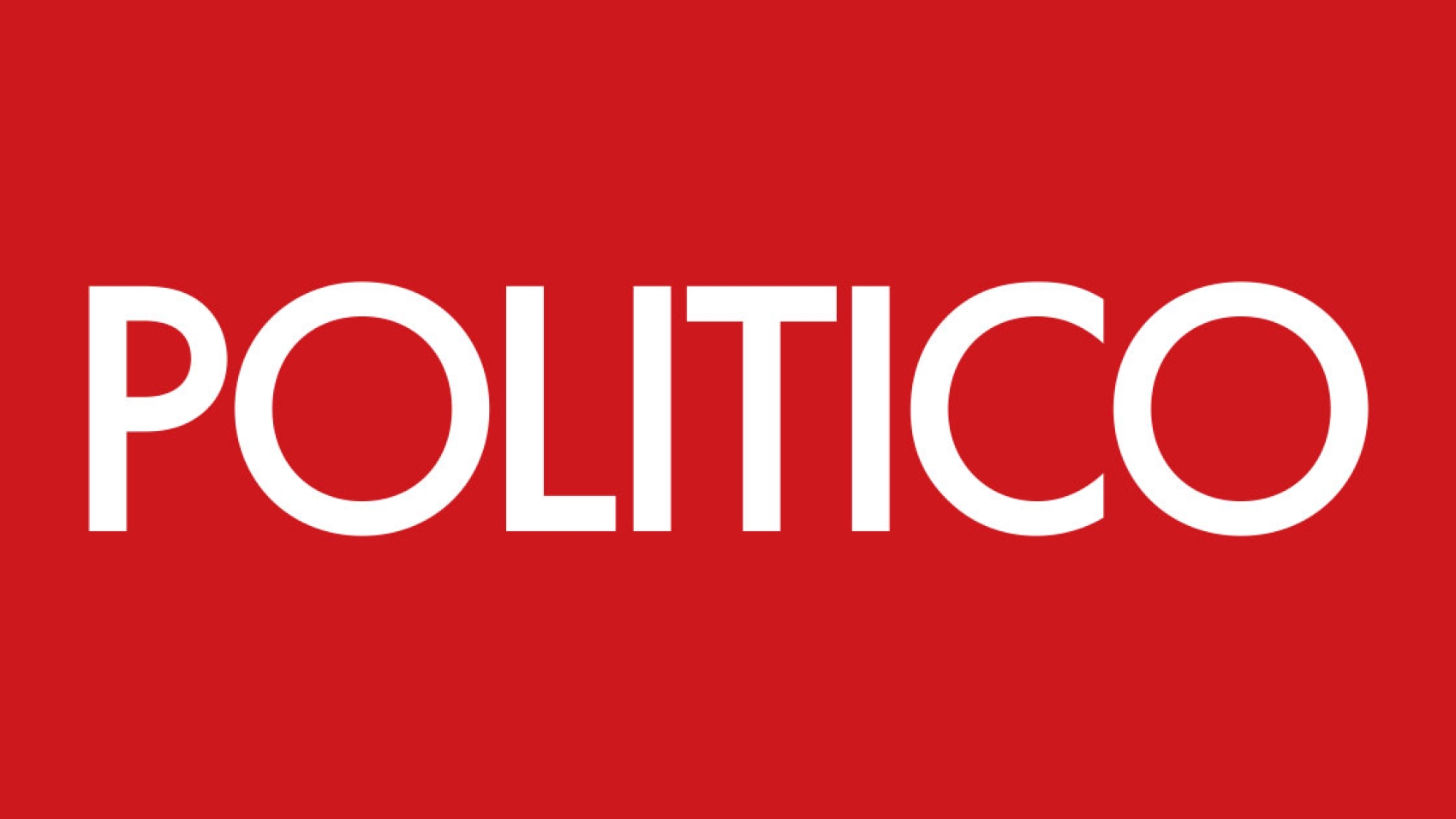 KLOBUCHAR HEADS TO SILICON VALLEY TO RAISE CASH: Sen.Amy Klobuchar (D-Minn.), one the chief architects of last year’s Senate push to rein in tech giants, is headed to Silicon Valley to raise money for her reelection tonight, according to an invite obtained by PI.

— Klobuchar is set to headline a fundraiser at the Palo Alto home of Sarah Sands, whose husband is venture capitalist Greg Sands. The event was organized by the Bay Area fundraising group Electing Women Bay Area, according to the invite.

— The Sandses are longtime Democratic donors who bundled at least $25,000 for Klobuchar’s 2020 presidential bid, according to an archived page on the campaign’s site. They also hosted fundraisers for Hillary Clinton in 2016 andJoe Biden in 2019. For Klobuchar, tonight’s fundraiser will take her onto the home turf of several of her top foes whose furious lobbying efforts last year sank the senator’s bipartisan antitrust push.

— Tickets start at $1,000 for guests to get face time with Klobuchar, who chairs the Senate’s antitrust subcommittee and has vowed to forge ahead with efforts to crack down on the dominance of tech companies like Apple, Meta, Amazon and Google.

— The concert promoter, which merged with Ticketmaster in 2010 and remains under a Justice Department consent decree related to antitrust concerns surrounding that merger, retained Stewart Strategies and Solutions at the beginning of December, according to newly filed lobbying disclosures. Jennifer Stewart, Ebony Simpson and Kichelle Webster will lobby on regulatory and legislative issues related to the entertainment industry, according to the filing.

— The Justice Department had already opened an investigation into whether the entertainment and ticketing giant had been illegally abusing its power over the industry prior to the Taylor Swift presale debacle, but the high-profile incident placed Live Nation in the crosshairs of both the public and policymakers around the country.

— Klobuchar and her GOP counterpart Sen.Mike Lee (R-Utah) pledged last year that her antitrust panel would hold a hearing on competition in the ticketing industry before Congress wrapped up its work, but no such event materialized.

— Live Nation already has five other outside firms on retainer: Squire Patton Boggs, Farragut Partners, ACG Advocacy, Forbes Tate and Mayer Brown. Its lobbying spending has soared in recent years, from $390,000 in 2019 to $1.3 million in 2021, as the events industry pushed for federal Covid relief and has sought to influence legislation on secondary ticketing markets.

Hello and welcome to PI. Send K Street tips: [email protected]. And be sure to follow me on Twitter: @caitlinoprysko.

HOW RESTAURANT WORKERS FUND EFFORTS BLOCK HIGHER WAGES: “For many cooks, waiters and bartenders, it is an annoying entrance fee to the food-service business: Before starting a new job, they pay around $15 to a company called ServSafe for an online class in food safety.

— “In four of the largest states, this kind of training is required by law, and it is taken by workers nationwide. But in taking the class, the workers — largely unbeknown to them — are also helping to fund a nationwide lobbying campaign to keep their own wages from increasing,” The New York Times’ David Fahrenthold and Talmon Joseph Smith report.

— “The company they are paying, ServSafe, doubles as a fund-raising arm of the National Restaurant Association — the largest lobbying group for the food-service industry, claiming to represent more than 500,000 restaurant businesses. The association has spent decades fighting increases to the minimum wage at the federal and state levels, as well as the subminimum wage paid to tipped workers like waiters.”

— “For years, the restaurant association and its affiliates have used ServSafe to create an arrangement with few parallels in Washington, where labor unwittingly helps to pay for management’s lobbying. … More than 3.6 million workers have taken this training, providing about $25 million in revenue to the restaurant industry’s lobbying arm since 2010. That was more than the National Restaurant Association spent on lobbying in the same period, according to filings with the Internal Revenue Service.”

D.C. AG WILL START STATE AGS PRACTICE AT HOGAN LOVELLS: Former D.C. Attorney General Karl Racine has joined the law and lobbying firm Hogan Lovells as a litigation partner in its Washington office, where he will stand up and lead a new practice focused on the growing level of activity in the state attorneys general sphere.

— Racine, who will remain strictly on the litigation side of the firm, left his role as the capital city’s top lawyer — and its first elected attorney general — earlier this month after two terms in the job. Hogan Lovells’ new practice reflects a trend in law firms around the city that underscores the “ascendant” prominence of state attorneys general when it comes to shaping public policy, and which has fueled demand among potential targets of their lawsuits and investigations into everything from data privacy and competition to the environment, Racine said in an interview.

— “State attorneys general and the kinds of matters that they get themselves involved in regarding investigations, enforcement, litigation, and multistate litigation is substantial, and literally doesn’t have any limits,” he told PI.

— Racine, who during his time in office served as the head of the National Association of Attorneys General and brought lawsuits against corporate giants like Amazon, Google, Marriott and Exxon Mobil (not always successfully) added that “I know from my time as being AG that … companies are quite aware of AGs both at the C-suite level and in the boardroom.”

— While state attorneys general will continue to split on some issues along partisan lines, Racine argued that the partisanship that marked the beginning of the Trump administration has receded enough that, combined with gridlock on the Hill, bipartisan activity from AGs will continue to tick upward.

— Hogan Lovells has also brought on Abby Wilhelm, Racine’s former chief of staff, and Jay Jones, one of Racine’s deputies in the city AG’s office, as a senior associate. Racine told PI that he also expects to be extremely active in the ESG space helping proponents push back against backlash on the right.

— “I want to be one of the leading voices representing those clients, asset managers, financial services companies, and the like who clearly understand the merits of the ESG investment framework” but who have not “been as well organized, coordinated” as their critics, he said.

FIRST IN PI — NARRATIVE ADDS GOP STRATEGIST: Narrative Strategies has added six new members to its team, including Matt Moon as managing director. Moon served as deputy executive director of the NRSC last cycle as Republicans worked to win back their Senate majority.

— Before that, Moon was a vice president of advocacy at Business Roundtable as the business group pushed for the GOP tax bill and U.S.-Mexico-Canada Agreement. He’s also an alum of then-Florida Gov. Rick Scott and Sen.Ron Johnson(R-Wis.).

— “The Republican National Committee and others contended that the alleged benefit amounted to unreported campaign contributions to Democrats. But in a letter to Google last week, the FEC said it ‘found no reason to believe’ that Google made prohibited in-kind corporate contributions, and that any skewed results from its spam filter algorithms were inadvertent.”

— “‘Google has credibly supported its claim that its spam filter is in place for commercial reasons and thus did not constitute a contribution’ within the meaning of federal campaign laws, according to an FEC analysis reviewed by The Wall Street Journal.”

— “The RNC and other campaign committees argued that Google’s ‘overwhelmingly disproportionate suppression of Republican emails’ constituted an illegal corporate contribution to Democratic candidates. But the FEC disagreed, finding that Google established that it maintains its spam filter settings to aid its business in keeping out malware, phishing attacks and scams, and not for the purpose of benefiting any political candidates.”

— Kati Sills has joined MonumentAdvocacy as a vice president on the public affairs team. She was most recently a senior communications manager at Microsoft and is a Denny Heck alum.

— Henry McLoughlin has joined 38 North as chief strategy officer. He was previously a director at Capricorn Investment Group.

— The Progressive Policy Institute has added Erin Delaney as director of health care policy and Justin Karlins as graphic designer and digital manager. Delaney was previously the health care program manager at Center Forward and Karlins was previously a staffer for former Rep. Stephanie Murphy.

— Elise Gout is now policy adviser for the Office of Clean Energy Innovation and Implementation at the White House. She most recently was a senior policy analyst at the Center for American Progress.

— Jon Pyatt has joined Venn Strategies, where he’ll work with the firm’s health care clients. Pyatt was most recently chief of staff to former Rep. Cheri Bustos (D-Ill.) and also advised Bustos in her role as DCCC chair. The firm also added Andy Sigmon to its infrastructure practice. He was most recently at the International Trade Administration.

— Jeffrey Gee has joined Wilkinson Barker Knauer as a partner in the D.C. office. He was most recently chief of the Investigations and Hearings Division at the FCC’s Enforcement Bureau.

— Ashkhen Kazaryan is now a senior fellow on free speech and peace at Stand Together. She most recently was content policy manager on the content regulation team at Meta, covering North and Latin America, and was also its policy lead on Section 230.

— Bryan Bender is joining Strategic Marketing Innovations to launch the firm’s strategic communications practice. He currently is a senior national correspondent at POLITICO.

— Shelby Shaw Newman is joining the National Turkey Federation as communications and marketing adviser. She previously was a communications specialist at JBS USA and is a Bradley Byrne alum.

— Jarrod Bernstein has joined Morrison Cohen as of counsel, where he will advise clients on issues regarding communications, government relations and disaster management. He most recently worked on the Bloomberg resilience team and is an Obama administration alum.

— James Guiliano is now director of government affairs at the American Investment Council. He previously was senior policy adviser for the Senate Finance Committee.

— Hugh Fike is joining the Conservative Partnership Institute as director of government relations. He previously was chief of staff for Rep. Michael Cloud (R-Texas).

— Emily Gittleman is joining Uplift Campaigns as a director, opening a new office in Denver. She previously was digital director for Sen. Michael Bennet’s (D-Colo.) reelect.