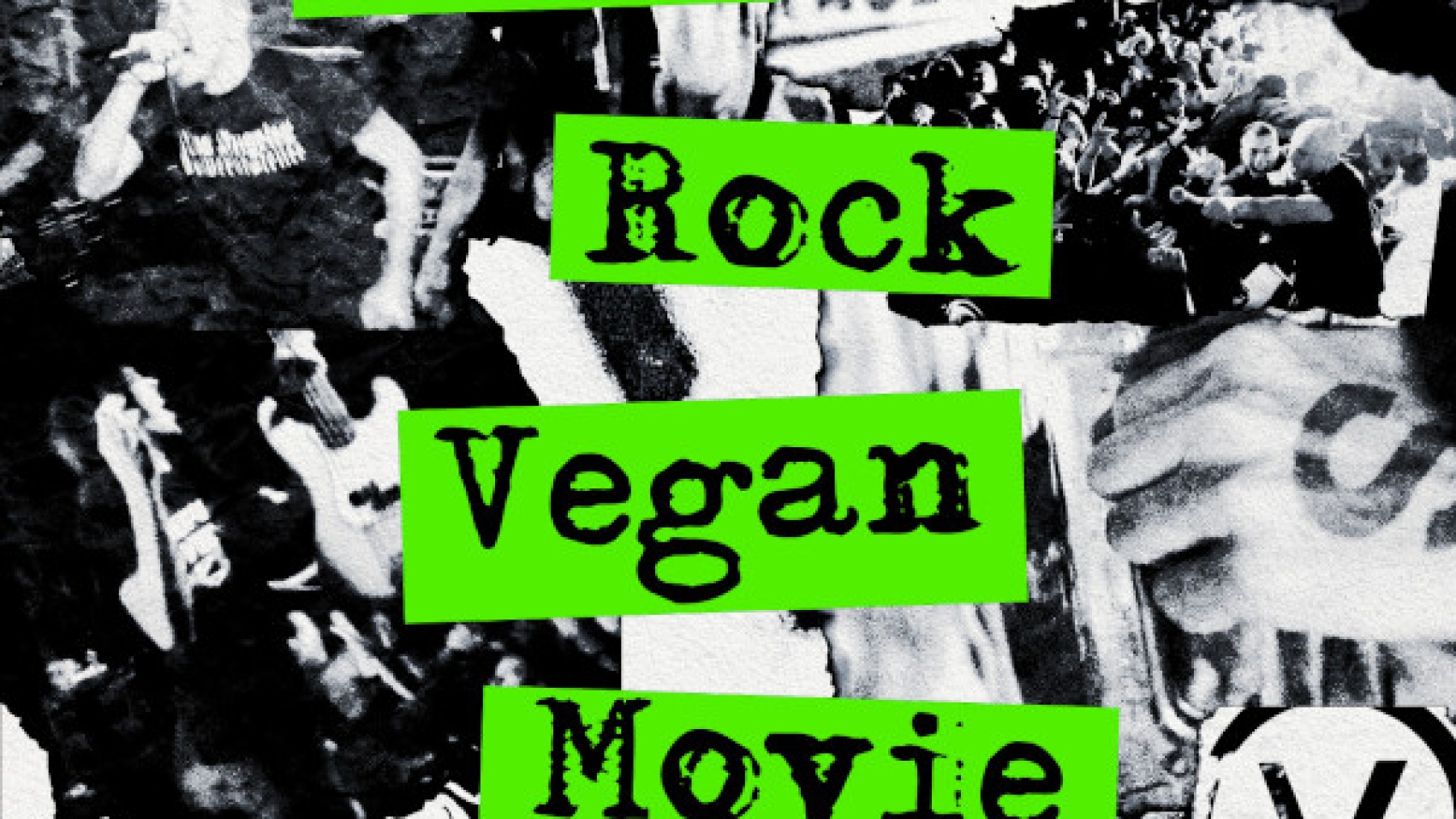 Written and directed by Moby

What better time is there than Veganuary for Moby to launch a film joining the dots between the world of punk rock and the world of animal liberation? He has decided the time has come to “shine a light on the surprising and inspiring history of punk rock and animal rights, but also to remind people of the importance and desperate urgency of adopting the uncompromising ethics and actions of the original punk rock activists”.

What is particularly exciting about this form of proselytising is that the film will be available to stream FOR FREE after its premiere at Slamdance festival on 20th January . The award-winning music artist, activist and now film-maker said: “After it makes its world premiere at Slamdance, it’s yours. It’s my goal to give the movie away, as I can’t in good conscience try to profit from what is essentially a labour of love and activism.”. Good on him! It will be streaming free on Slamdance after the premiere and then on Youtube after 30th January.

Interspersed with cartoon chapter credits and brief skits from Moby himself – often involving Bagel the talking dog – the overall approach is entertaining. The subject matter is deadly serious but Moby realises that you need to engage people to change the way they think. It is not littered with footage of animals being slaughtered but there are some heartbreaking images of the conditions that farmed animals are kept in. However, there are also positive images of humans communing with traditionally farmed animals on sanctuaries. For those who don’t know the back story, there are introductions to Punk Rock – which arguably nails it better than far more detailed attempts – and to Straight Edge. The hypocrisy of attitudes to animals you pet and animals you eat are explored. Alongside folks from bands, activists whose journey began in the punk and hardcore scene, testify to its importance. As several interviewees mention, rejecting animals in your diet is in keeping with the punk attitude of rejecting the mainstream and questioning authority. And there is humour and warmth in these interviews. Examples of the efforts involved in trying to eat while on tour now seem ridiculous in hindsight, but will ring true for many – eg. taking sandwiches with you and even cooking up a meal by the side of the road.

While, inevitably, a lot of the focus is on the American hardcore scene, and particularly the straight edge movement within it, the influence of the UK anarcho scene and, in particular Crass, is also writ large. Steve Ignorant, UK Sub Nicky Garratt, Poly Styrene (and her daughter Celeste Bell) and everyone’s favourite cartoon punk Captain Sensible feature prominently. LTW’s own John Robb pops up at the start of the film, and it will come as no surprise to see Ian Mackaye, HR, Dave Dictor, Ray Capo, John Joseph, DH Peligro (RIP), Walter Schreifels (Gorilla Biscuits), Sergio Vega (Quicksand) and many more. But beyond those obvious names and band there are artists like Theo Kogan (Lunachicks), Rob Zombie, Tony Kanal (No Doubt), Derrick Green (Sepultura), Dave Navarro,(Jane’s Addiction), Kat Von D, and I never knew Doyle from the Misfits was vegan? There are interviews with so many people that it’s impossible to list them all. Here is a film about punk rock that has no talking head appearance from Henry Rollins, Dave Grohl, Iggy Pop or Don Letts. It has broken the mould of punk films! One of the interlude skits even mentions the intersectionality of punk and veganism. And this is relevant when thinking about who will be most interested in this film.

If you’re punk rock curious or vegan curious then it will be a great eye opener.

If you are a punk rocker but not vegan, the interviewees and footage will interest you. Hopefully it may inspire you to make the change or it may help you better understand the motivations of those who have.

If you are vegan but not into punk rock, it may turn you onto a whole heap of artists who share your values, or make you reassess punk activists.  I can remember some in the animal rights movement being dismissive of punk, in some cases thinking it attracted the “wrong crowd”, but a large proportion of hunt saboteurs I met in 20 years of disrupting hunts had found their way to it from punk rock, and there were very clear links between the rise of ALF activities and a focus on animal liberation in the punk movement.  Others went on to set up or work in vegan businesses or sanctuaries.

If you are a punk rock vegan, this film is a reminder than you are not alone and part of a great thing, a reminder of why you do what you do. We all need to break the isolation and feel part of a bigger picture from time to time. It’s what keeps us going.
The worst that could happen is you enjoy yourself for an hour and a half, at no cost! Watch it.

Streaming free on Slamdance after 20th January and on Youtube after 30th January.

A punk rocker who has been vegan for 33 years, Nathan Brown’s Louder Than War author archive can be found here.

We have a small favour to ask. Subscribe to Louder Than War and help keep the flame of independent music burning. Click the button below to see the extras you get!