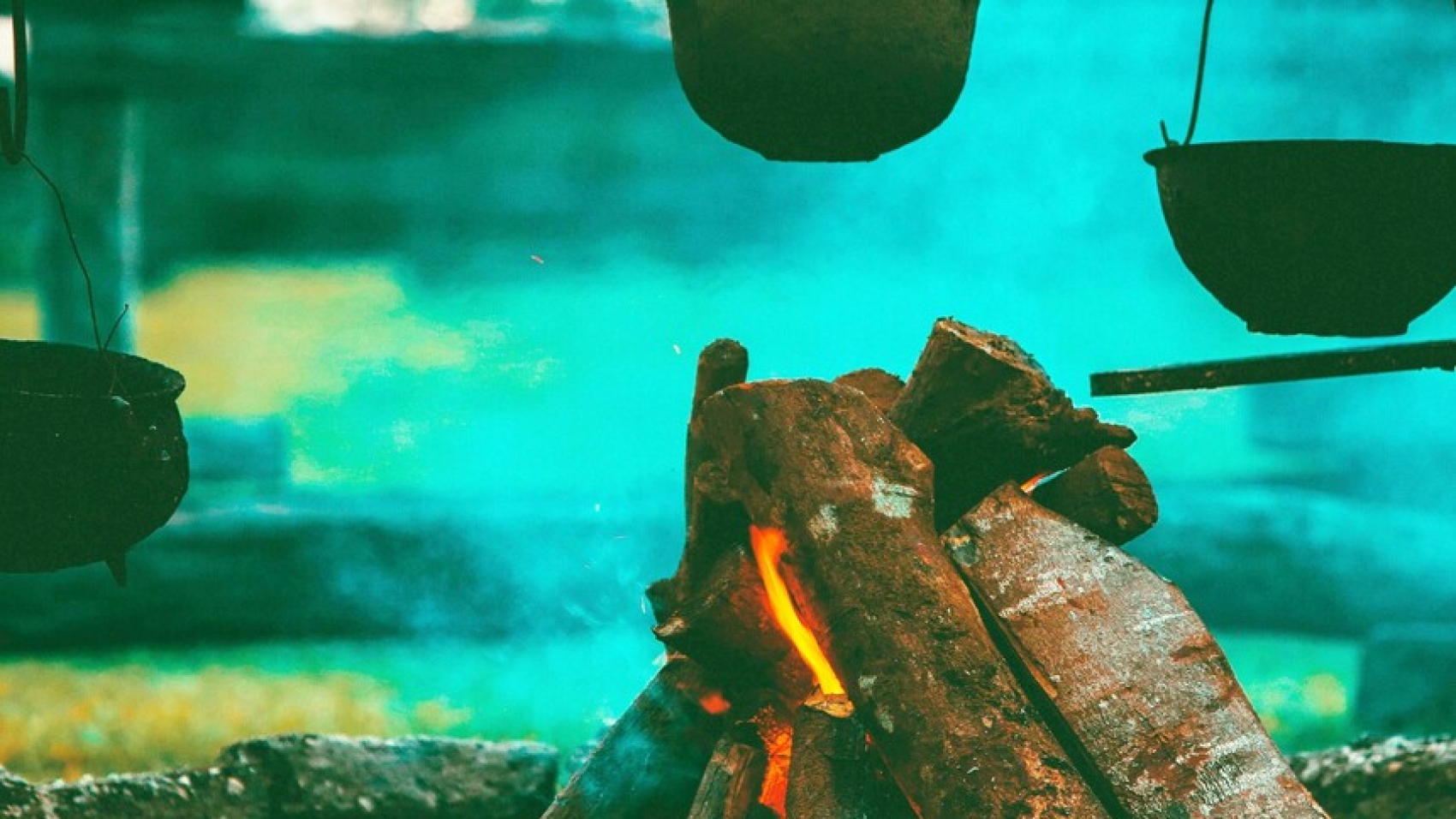 Cooking with firewood is a practice that has existed since time immemorial. Over the years, indigenous knowledge on its use has been developed and passed on to generations. The process of collection and use of firewood has shaped the way of life for different communities, with the use of sayings depicting how a community interacts or perceives the resource’s use. The sourcing and collection of firewood mostly by women and girls emanated from the division of labor practices by the different communities. For example, traditionally in the Kipsigis community, one of the 44 communities in Kenya, men hunted, cleared land for cultivation while women prepared meals, and collected water and firewood. In another community, the Kamba, during initiation to adulthood girls were taught domestic duties while boys learned skills of herding and hunting.

The use of firewood as a cooking fuel performed and continues to perform several simultaneous functions during its use. In Kenya, the first local-language TV channel, broadcasting in Kikuyu, was the 3 stones TV. Its motto, nĩ (rũĩ) rũcoke mũkuru translates to returning the river to its course. The significance of the name and the motto is what strikes attention. In the Kikuyu community, grandparents were responsible for passing down traditions and teaching the way of life, practices, and customs. This was usually done around the three-stone cook stove. These areas pulled people towards them, providing warmth, a source of knowledge, and a point of interaction, hence the name of the station creates nostalgia for this. This is comparable to the Aago-tapne in Nepal where household members gather around the Ageno, open cook-stove with metallic support for the pot instead of the 3 stones, to chat and enjoy social interaction as they also warm themselves.

These cook-stoves are also used for heating water, either for bathing or other uses. Varying pot sizes are used depending on the purpose of the water or on the number of users, who can be a family unit or a homestead with more than one family unit. In the latter cases, the pot sizes are big and can range from 100 liters which the cookstoves accommodate as they can be adjusted to support various sizes. This also happens during festivities, ceremonies, or events while cooking for a larger group of people. Such mastery to adapt the cook-stoves for varied uses favors its predominance. Additionally, it’s a preference for cooking certain traditional and staple foods some of which consume a lot of energy, take a long time to cook, or are due to taste or flavor. Participants of a study on cooking fuels and technologies in rural Ethiopia reported even with the presence of improved cook-stoves, they preferred to cook the Ethiopian stew or curry with the traditional cook-stove. During use, the heat and smoke from the stoves are used for drying foods and seeds, and placed in a compartment above the cook stove, to preserve them. Smoke together with the firewood ash is used for sanitation and pest control.

The introduction of new cooking fuels or technologies does not necessarily lead to the abandonment of the use of firewood but results in fuel stacking, which is the use of different cooking fuels and technologies in a household. In the rural areas especially, even with fuel stacking, firewood remains the main source of cooking energy. When looking at the provision of clean cooking, the cultural perspective provides a list against which to tick the sufficiency of alternatives. The predominance of this resource is mostly due to its availability, especially in the rural areas where a family acquires it from their own land, practices agroforestry, or lives in considerable proximity to the resource. This ubiquitous trait of firewood or the ability to make it so in the rural areas possess a key challenge in reducing its predominance. Today, however, the resource is dwindling, and the demand is growing. Women and children are reported to walk further out in search of the resource with government measures to curb deforestation serving to worsen their situation.

Firewood provides a level of control unlike other cooking fuels such as Liquefied Petroleum Gas (LPG). For instance, in the middle of the night, while cooking with gas from the LPG cylinder, the gas may run out and leave one with a half-cooked meal. Acquiring a refilled gas cylinder might not be possible at the night forcing one to wait until the following day. My mind wanders and I find myself asking, what does the future of LPG look like with efforts to shift to a low-carbon future or in achieving net-zero emissions? All the same, the cost fluctuates needing budgetary provisions as compared to firewood which in most cases one might not need money to acquire. Yes, you might have to look for longer hours, but one will go back home with a stack, hence despite the strain, one can still access it. Culture, reliability, cost, accessibility, and these co-benefits make firewood a cooking fuel of choice despite the experienced negative health effects by the user. An alternative that ticks these boxes and aligns with the day-to-day activities of the users is vital.

Agriculture is a predominant economic activity in the rural areas with households rearing livestock for both domestic use and economic purposes such as cows, goats, camels, and sheep for milk, poultry for eggs, and all for meat. The Kenyan government places agriculture as the leading source of total national emissions at 40 percent, mostly due to livestock waste. It is followed by land use, land-use change, and forestry at 38 percent due to deforestation and energy. I picture a medium-scale biogas plant run by a community, where they take their plant and animal waste to the biogas plant, leaving with biogas for cooking and organic fertilizer for their farms.

Alternatively, networks of collection and distribution can be established to see the smooth running of the plant, with drums being filled with animal waste and collected for the plant at regular intervals. Although being sparsely populated or houses being far from each other possess a challenge, piping the gas to houses and subsidizing it for the users who contribute to its running is an optimal approach. On an advanced scale, the plant can also generate electricity providing affordable electricity which among other uses can be used for cooking. It can also provide the gas to individuals to generate electricity for household use and on the farms with the aim of mechanizing farming and production for increased output and income. This increases the purchasing power of the beneficiaries to maintain their “new needs”.

Biogas energy for cooking has been made portable with an example being the Keekonyokie slaughterhouse in Kiserian, Kenya that packaged it in a tire and sold it at USD 20 cents. Great advancements are being made locally and globally towards bottling it in cylinders. Such undertakings can spur further research and development on bottling the gas for household use in a cost-effective, efficient, and comparable manner to the LPG cylinder. This can go a long way in addressing the scary figures of people in the world who have no access to clean cooking fuels, a challenge or problem, in my opinion, some of the users do not perceive as one. Such approaches, like the communal biogas plant, not only address the target problem but provide other associated benefits such as proper waste management and addressing key sources of emissions and environmental degradation.

Culture influences the way we live and we, in turn, influence it as culture is not static. The ubiquity of firewood has influenced its use, but sun like in Kenya and waste is ubiquitous. Key efforts should be made in creating a culture of deriving energy from these sources whilst incorporating advances in technology that provide clean energy. Key challenges associated with these alternatives such as solar and biogas energy is the high initial investment cost, technical expertise, and maintenance. Biogas competes favorably in rural areas due to the local availability of materials to set it up and operate it. These technologies offer alternatives to co-benefits provided by firewood use such as home heating where the gas or solar energy can facilitate this as well as energy for drying needs, while different burner designs can support different cooking needs. This however requires community participation, investments, will both political and social, and building local expertise. Cooking with firewood in my opinion can never fully be eradicated. It can however be greatly reduced by making other alternatives accessible in terms of affordability, reach, usability, and being culturally integrative, getting to a point where cooking with firewood is more of a luxurious activity than a necessity.