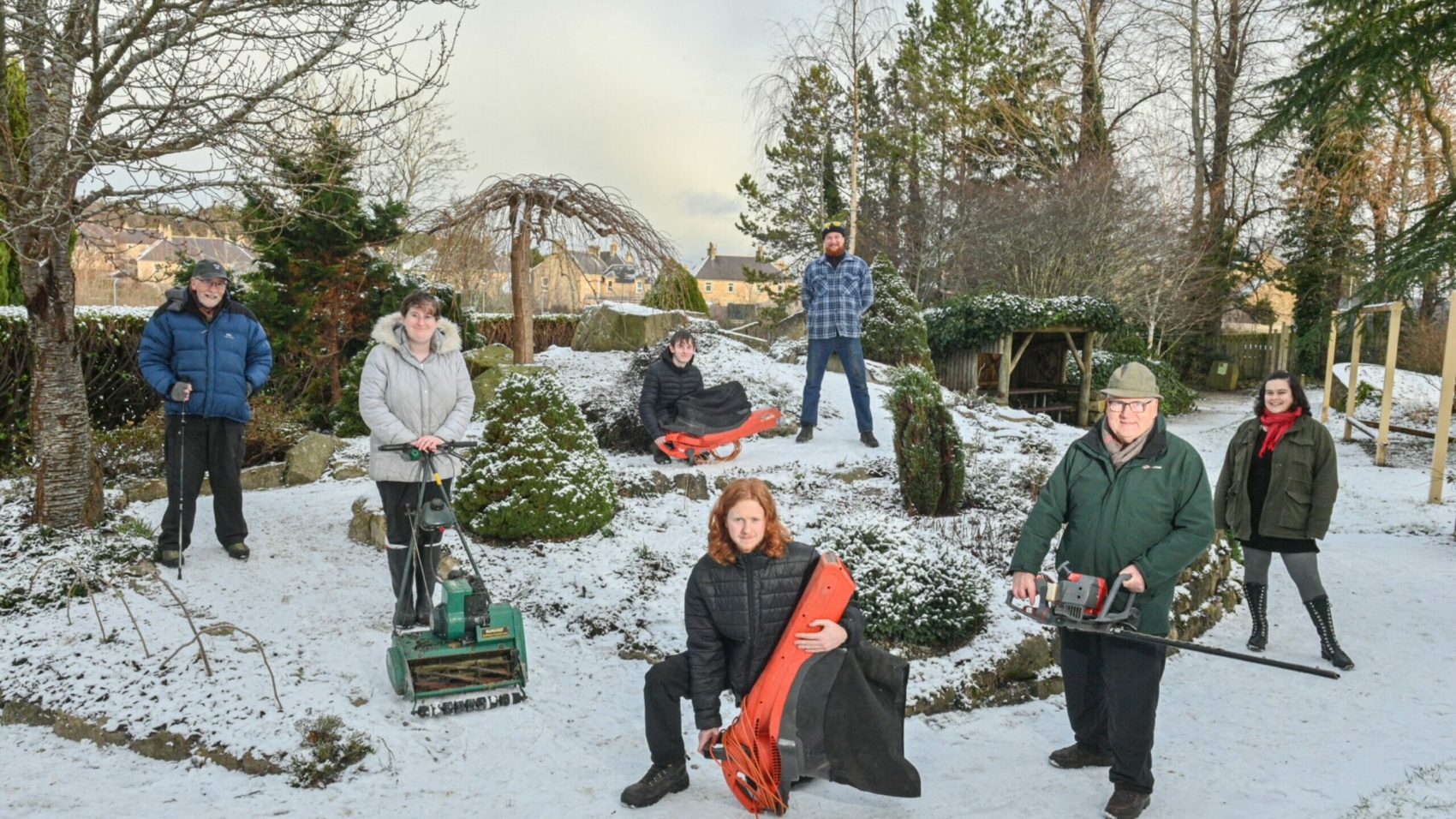 The Elgin Biblical Garden will be greener in more ways than one this year thanks to thousands of pounds worth of eco-friendly funding.

The Friends group that cares for the garden, which is located right next to Elgin Cathedral, has secured £9,000 of Scottish Government cash to buy new lower-emission gardening gear.

The chairman of the Friends group, John Sherry, said he’s excited to spend the money in local shops and replace all their ageing fossil fuel-powered lawnmowers, saws and more with electric ones instead.

Formed in 2004, the Friends of the Biblical Garden group is a voluntary organisation and registered charity.

They are dedicated to maintaining and developing the garden, which is completely free for visitors to enjoy when it’s open to the public from May to September.

John said the new gear will help the Friends, as well as horticultural students from University of the Highlands and Islands in Moray, make the garden an even more welcoming place for everyone.

He said: “About seven years ago we got equipment for the students and the Friends to use, but it’s now coming towards the end of its useful life.

Surprise gem by Elgin Cathedral is The Biblical Garden, first of its kind in Scotland, beautifully maintained by Moray College hort students, the Council and Friends. Tranquil space with beautiful planting. pic.twitter.com/qBlIRwicav

“So the idea was, let’s try and go greener with our new equipment, so we put in an application for funding to buy new equipment with zero emissions.

“We’re going to go for a range of battery-operated equipment, blowers, mowers, that are all electric.

“Not only will they not be as loud as petrol machinery which can be off-putting for visitors, but they’re environmentally friendlier.”

‘We try to keep it local’

John explained that because the garden has been created by and is funded by the community, the Friends group want to make sure they’re using the £9,000 locally.

He said: “We’re going to be going to local businesses for this, not an online purchase, because we want to try and keep it local and support shops around Moray.”

John added: “They’re quite expensive, but good quality tools which will do us for a very long time.”

Where did the funding come from?

The £9,000 that will benefit the Elgin Biblical Garden has come from what is called the “Just Transition Green Participatory Budgeting Fund”.

This fund, set up by the Scottish Government, awarded £333,333 to be spent by communities on green projects in each council rea of Aberdeen, Aberdeenshire and Moray.

But to get their hands on the cash, organisations like the Friends of the Biblical Garden had to secure enough public votes.

John said he’s very grateful for those who voted for the Friends bid, and said it’s “good to know that there’s a lot of like-minded people out there”.

To find out more about the Elgin Biblical Garden, click here.