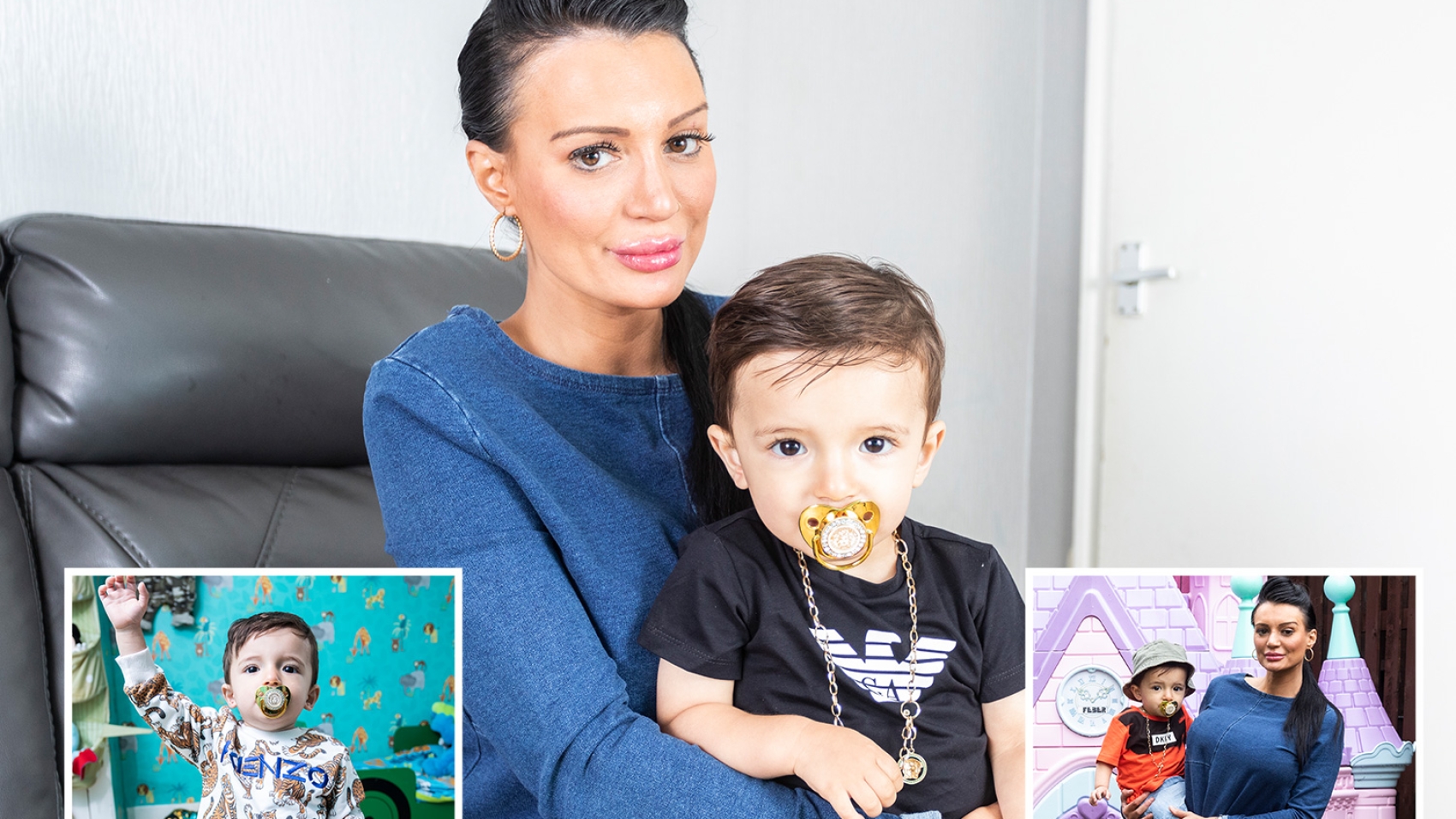 A MUM on benefits spoils her baby with a £1,000 gold dummy and a £750 Versace chain while she wears charity clothes.

Kasey Akram, 32, also claims to give son Jareem organic food and insists on expensive mineral water, with nothing from the tap.

Kasey says she has spent thousands on her son Jareem and “just can’t stop”.

The pampered one-year-old is kitted out in designer clothes and has an extravagant jewellery collection, including a £925 diamond encrusted bracelet.

Kasey reckons she spends up to £1,000 a month on him using benefits cash, topped up once a year with an £800 Universal Credit loan.

The mum said: “As soon as I had my little boy, my obsession changed from how I looked to focusing on my son.

“He’s the loveliest little boy in the world and I’ve fallen out with friends over how much I’ve spent on him.

“I buy my clothes off of Vinted so I can buy him what he wants. I’ll be wearing charity shop clothes while he’s wearing a £50 t-shirt and if I had the choice I would walk around naked so he could wear what he wants.

“Whatever he likes, he gets and if I can’t afford it I ring his dad and get the money. I’m not working at the moment, I do all this on benefits and the help of my ex-partner.”

Kasey, who previously worked as a dancer and model, says she used to believe she had no interest in having a child.

However, after getting pregnant with Jareem in 2020, she quickly fell in love with the tot and knew she wanted to treat him well.

Kasey is so keen to put Jareem ahead of herself that when her and her bed broke she spent £300 on a tractor bed for her son and slept with her mattress on the floor.

She has a jewellers she takes him to, and says as she is allergic to any metal other than pure gold, he probably is too – although she’s never checked.

Jareem’s daytime routine begins at 6am with a hot breakfast in bed, followed by his luxurious bath using milk and honey.

He then retires to his bedroom for a baby massage while watching Peppa Pig on the big television that once took pride of place in the living room.

His pampering doesn’t end there as she also takes him to get his hair cut once a fortnight and insists it’s cut by the manager of the barbershop.

Jareem also goes with her to the nail salon where he gets a mini pedicure from the staff there.

On top of his all-organic diet, she refuses to let him drink tap water over fears he will develop breasts because of oestrogen levels — and sacked her former nanny for disobeying the rule.

Devoted Kasey added: “He still wakes up five times a night and apparently I’m too soft with him but if you had a child in the middle of the pandemic you would be the same.

“He’s never drunk tap water in his life and I sacked my nanny because she gave him tap water.

“He’s never seen a slice of white bread in his life and what I eat he eats – he likes olives, he likes grilled peppers, everyone says he has such a refined pallet. He has breakfast in bed every morning.”

The last pair of shoes I bought myself were 90p Primark flip-flops and on the same day I bought him Gucci trainers.”

And Kasey says she will still be a big part of Jareem’s life when he is older and will never stop pampering him.

“I always ask him if he gets a girlfriend when he’s older and she doesn’t like me if he’ll kick her out and he says yes – when he finally gets married his wife is going to hate me.

“His dad always says that when he turns 18 he’ll get a girlfriend and move out but I say no, we’ll have bunk beds when he’s too old to share a bed with me.”

She continued: “What Jareem wants Jareem gets – the last pair of shoes I bought myself were ninety pence Primark flip-flops and on the same day I bought him Gucci trainers.

“He likes flashing trainers but I’d never let him walk around in cheap tacky horrible trainers – if I wear Vans he wears Vans. 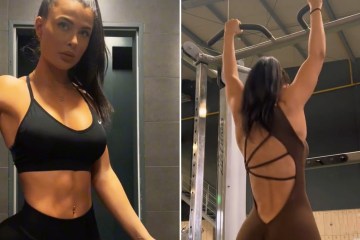 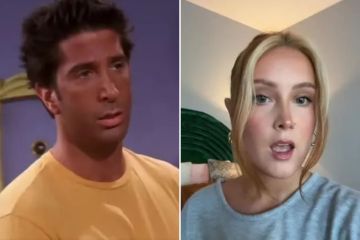 “I spent £1,000 on a solid gold dummy and he chucked it in the middle of town and lost it, I cried for three days.

“If I want to spend the money on my son that’s my choice, I don’t care if I walk around in Primark shoes as long as my prince has the best.”