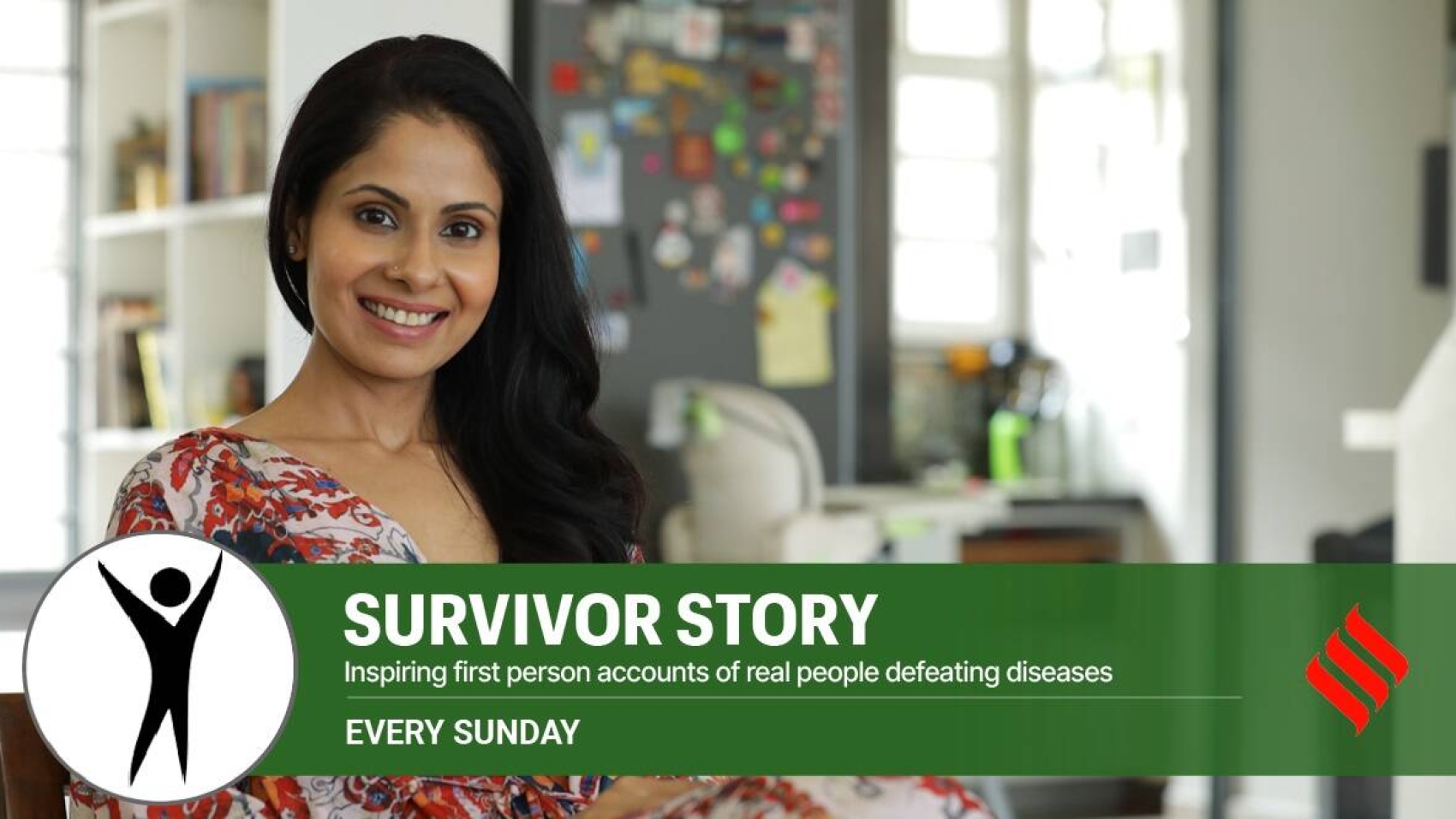 When she hosted a webinar on breast cancer, little did actor-producer Chhavi Mittal know that she would be diagnosed with it a fortnight later. Always used to seeing the brighter side of life, she used that faith to focus on getting better. She boldly documented her story on Instagram, sharing with and drawing from others in what is essentially a lone struggle. But behind her story of recovery lies a chaos of swerving emotions and pain. And, of course, teeth-gnashing grit. “It’s not the cancer, it’s the battle in the mind,” she says. So, when her oncologists told her that she was cancer-free, she didn’t just heave a sigh of relief, she screamed. “The first follow-up scan is important because it tells you if your onco-surgeon has left behind a rogue cell by chance simply because it wasn’t visible in the first place. Any new growth shows up between six to eight months and relapses are usually not so far apart, so that scan is a big deal. Tamoxifen, the breast cancer pill that I am on, also has side effects, usually triggering PCOD (polycystic ovary disease) and thickening of uterine walls. Radio therapy itself thickens the skin. But all my reports were normal, almost like I had never had cancer in the first place,” says Chhavi, 42, who lives to listen to her body now and asks other women to do so as she spreads awareness through her many podcasts and talks.

Chhavi’s diagnosis was by accident. Says she, “I had pulled a chest muscle during a gym workout and was advised an MRI scan to understand the nature of muscle stress. That’s when they found a tumour in my other breast and insisted on a biopsy. Till then, I had ticked all the boxes, breastfed my babies, got my routine tests done regularly, slept and woke up on time, ate right, and never missed the gym. I was well aware of self-check protocols or changes in the breast. So, when the result came, it was unbelievable. Since it was Stage II, Grade I, doctors advised immediate surgery. On the basis of the histopathology report, the surgeon said we could avoid chemotherapy and since my cancer was slow-progressing, gave me a fortnight’s time to prepare. I finished my work commitments and by the time I was on the operating table, I believed I could get the cancer out of my body for good. For my children. I had to because I didn’t have any other option.”

Chhavi’s case tells you how common breast cancer has become among women in India. According to Globocon 2020, every four minutes a woman is diagnosed with breast cancer in India, a case burden of 1,78,000 new patients being diagnosed and 90,000 deaths recorded every year. Her onco-surgeon, Dr Mandar Nadkarni, of Kokilaben Hospital, didn’t scare her with statistics but told her she could recover and focus on that and that alone. Today, he tells Chhavi that rarely has he seen a recovery like hers.

Chhavi’s seven-hour surgery involved multiple procedures and removal of a part of her muscle. Then she was recommended 20 sessions of radiotherapy over six weeks. Despite the intense pain in the armpit and breast, she had to start physiotherapy immediately as her affected muscles and nerves could not only heal faster but relearn their old movement and flexibility. “As a part of my muscle was taken out, the remaining part had to be ‘told’ to react to neural responses. This phase was excruciatingly painful as I had to do it twice or thrice a day,” says she.

Radiotherapy, which involves directing high-energy beams such as X rays or protons to kill remnant cancerous cells around the operated area, caused swelling and tenderness in her breasts. “The worst part about radiation was holding my breath to make sure that my heart and lungs didn’t get affected. The moment I released my breath, the device would sense it and turn off. So, I learnt to hold my breath from 10 to 32 seconds. Radiation usually lasts ten to 15 minutes but shorter breath-holds mean lengthening the process. I devised my own counting process, chanting ‘Mississippi 1, Mississippi 2….’ During one of these sessions, my actor-friend Pooja Gor suggested changing my chant to ‘Mrs Hippy 1.’ We had a good laugh and the session became bearable,” she tells us.

Chhavi returned to work within seven days of being discharged, not pushing herself hard but letting the familiarity of her old routine heal her. Family support holds a cancer survivor together and her mother, who came from Delhi to live with them, and her husband, Mohit Hussein, became that cushion. “Though my son is very young, my nine-year-old daughter handled it maturely. I told her that they would cut me smaller than when they cut me to get her out of my tummy. And she bought into that story,” says Chhavi, who was once a people-pleaser. Now she does as she pleases and if she can’t complete her scheduled work, pushes it to the next day. “The past seven months have changed me completely and I am determined to live every bit of my life purposefully and wholly. Many trolls on social media made much about the scar on my body but that shows the battle I have won as a human. Cancer is not a celebrity thing, it is as much real for you and me.” And just because she chooses to share positivity doesn’t mean she doesn’t have bad days or troughs still. “There are a lot of myths around the disease and people still do not know the difference between lumpectomy (partial removal, which I had) and mastectomy (complete removal of breast tissue),” she adds, aware that her celebrity status, while drawing criticism, could also draw attention to the disease. And Chhavi never misses an opportunity these days to moderate awareness camps at institutions and get real conversations going.

She has resumed her gym regime as it helps her stay positive, travels over the weekend, is setting up an organic farm, sleeps and eats well. “I have added core stabilisation and stopped exercises which bother the reconstructed area around my breast. I try to stay away from non-vegetarian food, have more vegetables, keep off acidic foods, eat fresh and pace my meals. I have given up processed food, pouch milk and sugar for good. While I have a lot of fibre and protein, if I am hungry in a scenario where my kind of food is not available, I will go for anything that is freshly prepared and relish it,” she says. And she has learnt to cook as much as she can finish in a single sitting. She does not watch TV at night, sleeps by 8 pm and wakes up at 5 am. “I was never a good sleeper but ever since I follow the circadian rhythm and have aligned my activities to be more diurnal than a nocturnal person, my sleep window has improved. If I sleep early, I get a solid sleep, usually not waking up before 2 am,” Chhavi tells us.

As a television professional, she may miss her prime time shows but can still give a byte about cancer awareness. “Most cancers are curable but the journey to healing depends entirely on you, not the doctor or the disease. Get yourself tested and scanned regularly and not wait for a hidden tumour to surprise you. Remember, I didn’t have obvious symptoms. Mine was a textbook case of ‘why she can’t get sick’. But in the end I did,” says she.