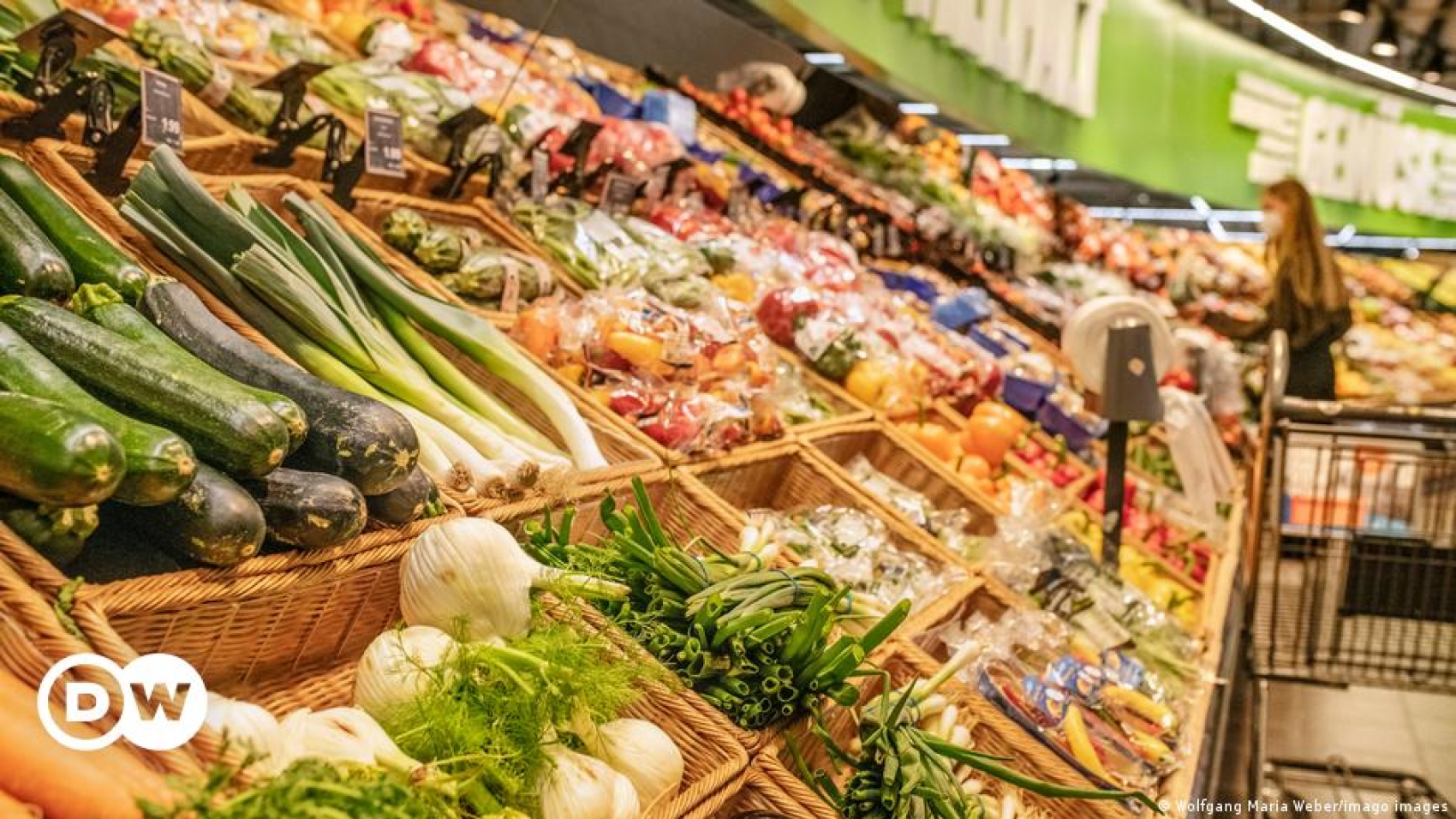 Inflation is high, with food prices up by about 21% between November 2021 and November 2022. To ease the burden on households, Germany is debating reducing the value-added tax (VAT) on certain foods. German Agriculture Minister Cem Özdemir has repeatedly urged getting rid of VAT on healthy foods. The German Environment Agency (UBA) and the Federation of German Consumer Organizations (VZBV) advocacy group are also calling for VAT on plant-based foods to be abolished.

Basic foodstuffs are taxed at a reduced rate of 7%. The VAT rate for other products is 19%. A VAT exemption for fruit, vegetables, cereal products and vegetable oils could mean savings of about €4 billion ($4.3 billion) a year for private households, according to an estimate by UBA head Dirk Messner.

Who benefits from a reduced VAT rate on food?

Not everyone would stand to benefit equally from the measure, however. Households with lower incomes spend a relatively large percentage of their income on food compared with wealthier households. They would benefit more from a VAT cut on food.

But even high-income earners would pay less for food, according to Sebastian Dullien of the Hans Böckler Foundation. “French cheese at the delicatessen for €5.99 per 100 grams would be about 40 cents cheaper, while packaged gouda cheese that costs 60 cents per 100 grams in a grocery store would be just 4 cents cheaper,” the economist says. In absolute terms, people with a higher income might save more — but not necessarily in relation to their total income.

Wealthy households spend up to twice as much on food in absolute terms compared to lower-income households because they consume more expensive, higher-quality food, says Stefan Bach of the German Institute for Economic Research (DIW).

In addition to providing financial relief, lower prices for certain foods are also intended to steer people away from meat and toward buying vegetables. A VAT reduction would ideally increase the incentive for a healthy and sustainable diet by making fruit and vegetables cheaper, especially in comparison to animal-based foods including meat, says Anne Markwardt of the VZBV.

“Even if many people in Germany don’t like to hear it, we need to consume much less meat and other animal products,” says DIW President Marcel Fratzscher, who adds that from a social, ecological and a health perspective, a German government decision to terminate value-added tax on fruit, vegetables and cereals is important and long-overdue.

Lower prices could also help organic food at a time when health food stores and shops that market high-quality organic products are suffering from a massive drop in sales, says Joachim Rukwied, head of the German Farmers’ Association (DBV). The current trend is to buy organic foodstuffs in discount grocery stores, he adds, which in turn has given many farmers pause concerning a transition to organic farming.

Companies must pass on the VAT reduction to consumers for it to take effect. “In principle, we have relatively strong competitive pressure in the German food retail sector, so it is reasonable to expect that, at least in the longer term, the VAT reduction will be passed on to private households,” says DIW research associate Stefan Bach. In view of high inflation, energy and other costs, he doubts companies will quickly pass on any VAT cuts in the short and medium term, however.

A look at a temporary VAT cut in 2020, when the regular VAT rate was reduced from 19% to 16% and the reduced rate dropped from 7% to 5% for six months, is an indication of how companies react to VAT changes.

According to a German Bundesbank study, 60% of the tax cut was passed on to customers in the economy as such; 70% to 80% were passed on in the food sector, according to researchers at the Munich-based Ifo Institute.

Still, the situation was different then: the VAT cut did not only apply to foodstuffs, inflation was not what it is now, and it was clear from the start the tax relief was temporary. Therefore, it is difficult to forecast the effect of a VAT cut, says DIW expert Bach, adding that relatively little data is available because the value-added tax hasn’t been around that long yet, and has tended to be increased rather than decreased when it has changed in the past.

Cost to the state

Experts can estimate how much money the state will be missing out on, however. Currently, charging 7% VAT on food brings in revenue of about €15 billion a year, Bach says. “That revenue would be lost and would have to be offset by other revenue, or the deficit would further increase.”

Without the VAT funds, money will be lacking for important projects over the coming years, including infrastructure renewal, strengthening the education system and decarbonization, warns Dullien of the Hans Böckler Foundation.

Exempting fruit and vegetables from VAT promotes healthy eating and saves costs in the long term, for instance in the healthcare system, argues Anne Markwardt of the VZBV.

A VAT reduction would have a minor effect on inflation, too. Foodstuffs account for almost 10% of the basket of goods used to measure inflation in 2022, according to Germany’s Federal Statistical Office. The measure could reduce inflation by an estimated 0.6% to 0.7%, says Bach.

While the debate is ongoing in Germany, some countries including Poland and Turkey reduced VAT on food, including meat, in 2022.

In Spain, VAT on staple foods like fruit, vegetables, bread and milk was dropped beginning January 1, 2023 — meat and fish are exempt, initially for six months. As a result, prices have fallen, but the Spanish consumer protection organization FACUA also reported seven retail chains to the country’s National Competition Commission in the first week of January for not passing on price reductions to shoppers.

This article was originally written in German.