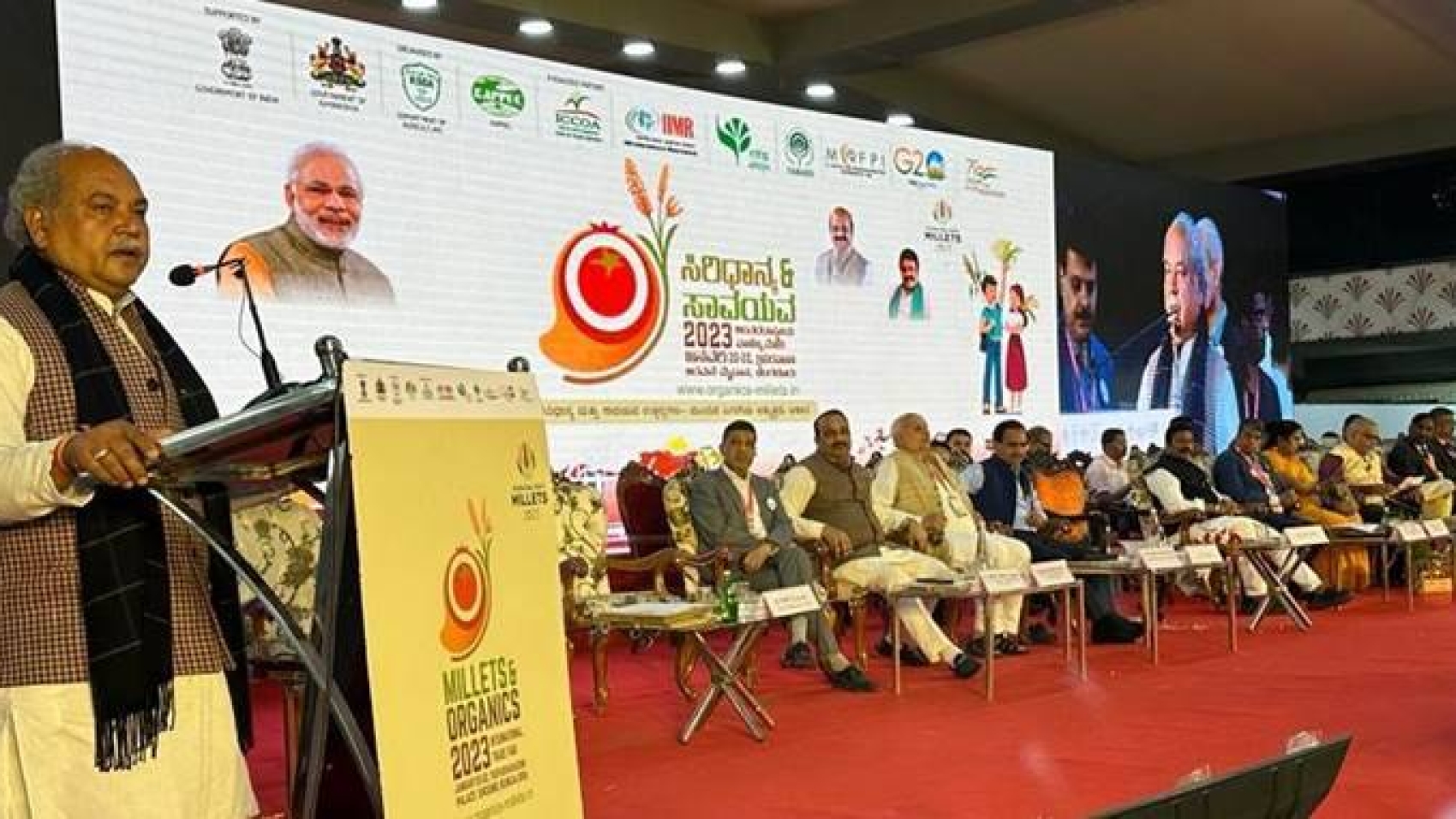 
Modi, with foresight, raised the issue of millets at the United Nations, where the resolution of the Government of India was adopted with the support of 72 countries, and the year 2023 is now being celebrated as the International Year of Millets under the leadership of India, according to the United Nations declaration.

The government’s main goal is to increase millet production and productivity, as well as processing and exports, which will ultimately benefit the country’s farmers. Union Minister Tomar made the remarks today in Bengaluru as the chief guest at the International Trade Fair on Millets and Organic Products’ closing ceremony. Millets crops, according to Tomar, can be grown with less water.

Millets also help farmers increase their income. With an increase in millet production and consumption in the country, its export will rise, benefiting a large number of farmers. He praised the Karnataka government’s efforts to increase millet production and consumption, describing the signing of MoUs worth Rs. 201 crore rupees as a significant milestone. He also praised the incentives provided to the state’s farmers.

Tomar stated that the Center and State Governments are implementing numerous important programmes for the welfare of farmers, including increasing their income. The Prime Minister Kisan Samman Nidhi (PM-Kisan) Scheme provides farmers with an annual income assistance of Rs. 6,000. Farmers in Karnataka will also receive an additional Rs. 4,000 in annual income support.

To increase the potential of the majority of small farmers, Prime Minister Modi has initiated the establishment of 10,000 new Farmer Producer Organizations (FPOs) in the country, for which the Government of India has allocated Rs. 6,865 crore. He praised the enthusiastic participation in the formation of new FPOs across the country and in Karnataka.

Tomar stated that the Center has launched numerous programmes to advance agriculture and make farmers more prosperous. Tomar presented awards in a variety of categories on the occasion.


Test your knowledge on Republic Day by taking this quiz.
Take a quiz

Show your support to Agri-Journalism


Dear patron, thank you for being our reader. Readers like you are an inspiration for us to move Agri Journalism forward. We need your support to keep delivering quality Agri Journalism and reach the farmers and people in every corner of rural India.


Every contribution is valuable for our future.